Brexit Day: How does this affect Business Travel? 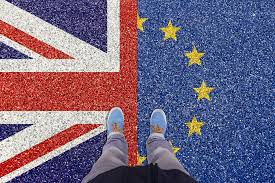 Brexit day is approaching, with the UK on track to officially leave the European Union (EU) on the 31st January 2020. This may leave many business travellers with concerns and doubts about how travelling for business will look after Friday.

After Brexit, the UK will enter a transition period, where travel arrangements between the UK and Europe will remain the same until the 31st December 2020.

However, from 2021 some changes will take place, find out more below:

Will I need a visa to travel to Europe?

The European Commission has said that from 2021, travellers will need to apply for an ETIAS (European Travel Information and Authorisation System) visa waiver. This will cost around £6 and will be valid for several years.

Whatever happens, it is likely that British travellers won’t be able to join the (generally shorter) EU passport-control queues at airports – so prepare for longer waits in 2021.

Will my passport still be valid?

Valid passports can still be used. You do not need to have six months left on your passport to travel to the EU. Your passport does, however, need to be valid for the whole of your trip.

Will my UK driving licence be valid?

Good news ABTA has said that UK citizens, who have a full driving licence and wish to drive within the EU, will not need an additional licence.

Could the cost of flights increase?

It is difficult to predict but since 2016 we have seen the pound drop considerably against the euro and the US dollar. As fuel is priced in dollars flight prices could start to increase. In addition, the European Union has had an “open-skies” policy since 1994 and this has allowed the low-cost airlines to flourish, and kept the cost of flights low due to the competition. If Britain adopts this policy or a similar policy this will allow for the prices to stay as they are, but this will all depend on what is agreed in the final stages.

Will I still get free mobile and data roaming?

Under EU rules, the cost of making calls, sending messages or using the internet on your phone in the EU is the same in the UK and this will continue after 31 January 2020.

Will my European Health Insurance Card still be valid?

Currently, the government are suggesting they will keep the European Health Insurance Card (EHIC), which allows free or reduced-cost medical treatment in Europe this will be valid until the end of 2020.  If this is stopped the government have indicated they would introduce a similar scheme. We always suggest our clients obtain private health insurance in addition to the EHIC.

What will happen to duty-free?

Well, for most business travellers this is not a huge concern. But if you do bring back the odd box of 200 cigarettes or bottle of wine then it’s good news, as the cost of these will be cheaper as you won’t pay the duty on these anymore. However, you will be now limited to one box of 200 of cigarettes and 4 litres of wine.